WE ARE THE REAL REPUBLICANS, THE REPUBLICAN PATRIOTS! 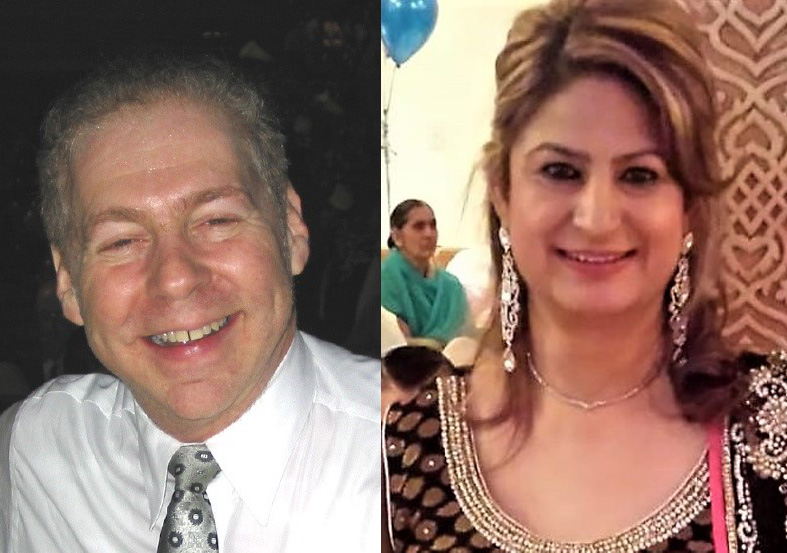 Anita Uppal and I are running for Republican State Committee District Leaders in the 24th Assembly District, the birthplace of President Trump, and as our extraordinary former president often says, we believe “our best days are yet to come.”

I was the previous District Leader of the 24th Assembly District and I feel it’s essential that with your support, Anita and I must win back this seat at the Republican Primary Election on June 22nd. Originally, our past president of the Queens Village Republican Club, Reverend Philip Sica held the seat as Republican State Committeeman for many years, and I followed in his honorable footsteps for several years. Now it’s important that we win back this district leadership seat for the sake of our club and the Republican Party.

Besides campaigning to build a strong grassroots Republican Party, we have been fighting for ballot access, since both Anita and I, along with nearly 30 other Republican candidates were thrown off the ballot because of “innocent and inconsequential” technicalities, after meeting all the petitioning and legal requirements to be on the primary ballot. It’s an important piece of the puzzle that the voting public, notably registered Republicans, know that they have been disenfranchised by the collusion of the establishment party organization, the New York City Board of Elections, and the lower courts of New York State, in order to protect the status quo, the incumbent leadership, and keep “outsiders” out.

We have been fighting this ongoing legal battle with faith in our American system of justice, and on appeal, we were restored to the ballot with a unanimous 4-0 ruling in NY State Appellate Court which reversed the New York City Board of Elections and lower court rulings.

Despite the stunning Appellate Court judge’s decision, the establishment Queens County Republican Party organization tried to drag us through New York State’s highest court, the New York Court of Appeals in Albany, and continue the legal wrangling to prevent us from being on the ballot, but they were defeated again! Now Republican voters of Queens get a chance to hold a Republican primary and select the candidates of their choice.

A word about ourselves first, and why we are running for State Committee positions in the Republican Party. Anita Uppal is a frontline healthcare worker, who with compassion and self-sacrifice, has been treating patients with kidney disease and chronic illness since immigrating from India, as well as caring for infected patients at the height of the pandemic. Her positive energy and infinite kindness stems from her practice and membership at Gurdwara Sant Sagar in Bellerose and Hanuman Mandir Hindu Temple. Enjoying the glorious freedom and opportunities America offers, she became an active member of the Queens Village Republican Club, and board member, and is now enthusiastically giving back to the community and country she loves.

I am honored to be president of the Queens Village Republican Club, America’s oldest GOP club, and since I became active in the club, I built it up from a small handful of people to the vibrant and renowned club it is today, one of the strongest clubs in New York State. Our club boasts exciting monthly meetings, informative newsletters and publications, a popular club website, and the annual gala Lincoln Dinners with over 350 excited guests and fellow patriots. I retired from my career in manufacturing several years ago, and took on the leadership of the club full time, as well as activities to build the Republican Party in Queens, city and statewide. Currently I am busy supporting political campaigns, and active in the community as a board member of the Bellerose Jewish Center, Coop board member, as well as a member of the Queens Village Civic Association, Bayside Kiwanis Club, and Community Board #13.

I got involved in politics to make difference, to let the people have a voice and control their own destinies, rather than the current top-down authoritarian control of a few “commissioners” in a room dictating the fate of us all. I believe in a bottom-up grassroots movement of the people fighting for America and for a united party that will save our city, state, and nation.

We are proud to be running on the same Republican slate as Curtis Sliwa for Mayor, Danniel Maio for Queens Boro President, and other great Republican Patriots. These are the people who genuinely care about our city and our communities, and not for the benefit of themselves politically or otherwise.

We cherish God, family, and country, love our hometown communities, and above all strive to keep them safe. Amid last summer’s violent rioting and lawlessness, and calls to defund and abolish the police, we knocked on 1000’s of fellow Republican’s doors to raise awareness and collect signatures to support our local police, oppose the bail reform laws, and stand against defunding the police.

We also advocate for lower property taxes, protecting the interests of small businesses, and for a merit-based education system in NYC. We have been in the forefront fighting the bureaucracy of the city school system, and countering the political indoctrination in our schools. We’ve held fundraisers for restaurants during the lockdown, held rallies and press conferences, released position papers and press releases on the top issues. You can follow it all on our website www.QVGOP.org.

We are the legitimate Republican force in Queens. We are the real Republicans, the Republican Patriots! We are at the forefront, fighting for a better quality of life, working on the issues that matter for the citizens of Queens County, and for the revival of a great grassroots Republican Party.