Public Service Announcement: A Warning of the Real Danger of Marijuana 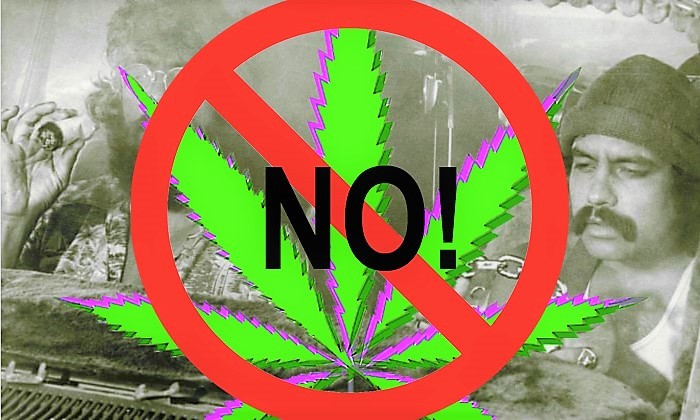 The state Legislature passed a bill legalizing recreational marijuana in New York State, but with its passage, the public has been sold a bill of goods. It was deceptively sold to the public as good policy signifying an “historic” end to the “failed policies of marijuana prohibition.” The good news is that several Long Island mayors, the entire Town of Hempstead, and many other cities, towns and villages stood up and chose to opt out of selling marijuana in their municipalities. Assemblyman Kieran Lalor and other legislators also said NO, claiming that legalization will not reduce crime, will not end the black-market sale of pot, won’t be a big job creator, won’t help poor communities, won’t bring in major revenue to the state, and will lead to accidents and addiction, and endanger families and their children.

But that’s just half the story. Even more serious is the story of marijuana’s insidious harm to one’s body and mind which must be told. This is my own story of the major mental health consequences of marijuana use, which is the chronic psychiatric disorder called amotivational syndrome.

I was part of the hippy culture of the 1960s epitomized by Cheech and Chong movies which achieved notoriety portraying the life of potheads and their hedonistic culture of free love, drug abuse, living for the moment, and drifting through life without a purpose.  In one scene the pair are in a car filled with gas fumes. They light up a joint after being chased by the police, the car blows up and they are too stoned to care about the police, their car, or anything else. Cheech and Chong movies aren’t funny. They are sad commentaries on the culture of wasted existence high on pot where nothing in life matters.

I started my freshman year at Stonybrook University enthusiastically pursuing science studies, majoring in biology, but soon fell in with the hippy crowd. Marijuana was our drug of choice, and I started out as an occasional user. After my assignments were completed, I would climb up to the attic of our dormitory or go out into the woods with a friend and smoke a couple of joints. It started as once a week, or every few days, but soon turned into a daily habit. We celebrated our drug and counterculture experience with monthly dance concerts, wild rock festivals, and psychedelic light shows presented by the Physics Department with more and more of the student body participating. The university seemed to give the green light, as even some of my professors gave a thumbs up calling marijuana a recreational drug to be used for pleasure. Hence, with our guilt and inhibitions gone, we smoked with reckless abandon.

No one warned us about the consequences. We didn’t buy the overblown scare tactics, the old canard that marijuana was “the killer weed.” We viewed marijuana as a non-addictive, mild, mind-altering experience, safer than alcohol.  It became a way of life, and then we found out the truth about the deceiving weed. I’m writing this message as a Public Service Announcement to parents, children, students, and professionals – a warning of the real danger of marijuana.

Soon after my first year, my grades plummeted, and I stopped going to class regularly.  I stopped taking schoolwork seriously and nearly dropped out of college. To our pot smoking crowd, everything in life was a big joke.  When any serious issue or social problem came up, our mantra was always “what difference does it make?” “Drugs, sex, and rock and roll” were the only things that mattered. The erstwhile values of “God, family, and country” were lost in a prolonged stoned state of mind.  Life was meaningless.

Later, I learned that many of my former colleagues suffered terrible fates. Several committed suicide, some died young, and others became business failures, losers, and slackers in the mold of Cheech and Chong. Some whom I met up with years later were pathetic burned-out shells of their former selves. Fortunately, I managed to survive.

We were immersed in the state of the science on the effects of drugs on the chemistry of the brain. We presented factual information and data which was far more frightening and damning than scare tactics or moralizing.  The REACH program effectively turned many children off to drugs and on to achievement.

At the REACH Foundation, I learned that I suffered from a disorder known as amotivational syndrome in my pot smoking college days, characterized by lethargy, apathy, dullness, impaired concentration, loss of ambition, loss of concern for personal hygiene and appearance, loss of interest in all daily life activities including work, school, family and everything else except smoking pot.

We learned that, unlike water-soluble alcohol, which is flushed out of the body in hours, marijuana stays in the system for a very long time, perhaps months.  THC, marijuana’s main mind-altering ingredient, is fat-soluble, and its effects are cumulative. The brain is a very fatty tissue and TCH is stored in the brain, long after it can no longer be measured in the bloodstream. The chemical effects of long-term use on the brain, are reductions in synaptic transmission and interference with communication between neurons in those areas of the brain involved with amotivational syndrome, alertness, learning, and memory.  The euphoric effects are short-lived, but the long-term damage to the brain, inconspicuous at first but is tragic in the long run, especially in young developing adults.

New York’s governor and our elected officials who have done the unthinkable and legalized and legitimized pot, do not understand its devastating effects. Now, it’s up to all of us to stand up in our communities, towns, and cities, including NYC and say NO! and educate and inform our politicians and the general public! It’s up to us to stand up and say NO to our friends, neighbors and family members when they are fed the lies that the legal use of recreational marijuana is harmless and socially acceptable.  It’s up to all citizens to say NO to those who bow to the lawless status quo and vote these irresponsible lawmakers out.  We the people have the ultimate power and authority by getting involved in the local political process, organizing, running for office, and voting!

Phil Orenstein is the president of the Queens Village Republican Club. Established in 1875, it is America’s oldest Republican Club  www.QVGOP.org. Historian, Jerry Matacotta, founder of History Seminar Series at Queensborough Community College and High School American History teacher, was the advisor for this article.