By Clarissa Sosin, as published in Politics NY 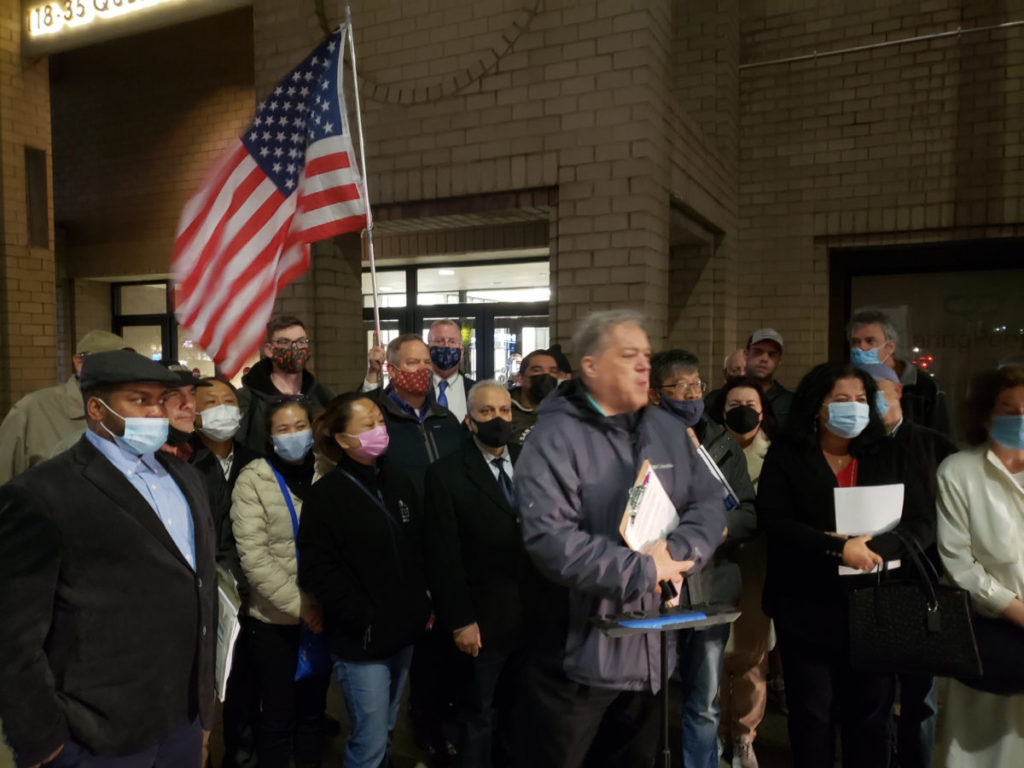 A Republican PAC in Queens is crying foul and accusing the county party and the New York City Board of Elections (BOE) of voter suppression. The allegation comes after their candidates were denied spots on the Republican primary ballot.

The PAC, the Queens County Republican Patriots, held a press conference outside of the BOE’s office in Queens earlier this week after the petitions of 31 Republican candidates were disqualified for a technicality and the candidates were excluded from the ballot. They filed a petition in Queens Supreme Court on Friday asking the court to validate the ballots.

“You know with Georgia, other states, requiring signatures and this or that and everything else. Well these guys aren’t even letting the voters of Queens know that there are other candidates who want to stand up and run,” said Joseph Concannon, lead organizer of the Republican Patriots who petitioned to get on the ballot as a candidate for Republican State Committee in Assembly District 33, the day after the press conference. “They’re beating us back before we even get a chance to get onto the battlefield.”

This is a continuation of an ongoing effort by the party to maintain the status quo and their stranglehold on Republican power in the county, Concannon said. Instead of encouraging the growth of the party through encouraging voters and new candidates, they are restricting the party to the inner circle of those already in power.

“People would argue that they didn’t even know there was the Republican Party in Queens County,” he said. “They’re looking to take in all the power themselves, and basically keep anybody out that’s not in agreement with them. And we don’t agree with them.”

“They should be welcoming the fact that we had nearly 30 candidates willing to run in Queens County. And because of their political connections and all the technical BS, quite frankly, you know, they were able to knock us off the ballot,” Concannon said about the Queens County Republican Party.

“Once again, a band of insurgent activists, none of which are members of the Republican State Committee nor hold any title within the Republican Party, led an ill-fated attempt to place candidates on the ballot for the sole purpose of feeding Joe Concannon’s ego trip to become the County Chair,” Ariola wrote. “The public will not be further misled by Joe Concannon and his fake organization’s claims which are based in lies, deceit and tremendous fraud.”

The BOE asked for more details to investigate the claim by researching the petitions and staff findings but did not send a comment.

Concannon said that the actions taken by the BOE and the Queens County Republican Party are meant to intimidate them into backing down so they can maintain their power.

“We believe in growing the party,” he said. “Not just consuming power.”